DVA has been hiring, training, and staffing, businesses across America for over 25 years. DVA finds, training, and hires staff on behalf of businesses, including fortune 500 companies, placing them in skilled positions across various industries and fields.

Prospective employees enjoy working with DVA because we provide them with the tools they need to succeed, from training to livable wages and extended health benefits. When you work for DVA, we take care of your needs as an employee. We believe in work-life balance and strive to ensure our employees find careers in which they thrive. 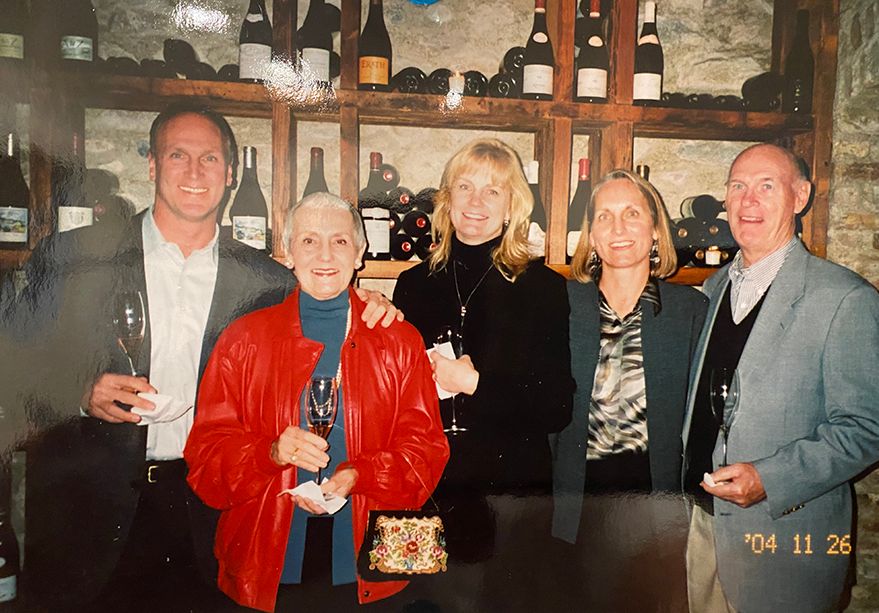 In 1989 after working 27 years with IBM in various engineering and management positions at locations throughout the United States and Japan. Dean held a BS degree in Industrial Engineering from Penn State with additional graduate education at Syracuse University and was a Certified Management Consultant (CMC) from the Institute of Management Consultants. Dean passed away on May 22, 2016. He will be missed by all that came to know and love him.

We Can Do That!

“One of Dean’s first clients was a former colleague from IBM”, relates Gerry Wilhelm, DVA General Manager. “He called late on a Friday, with a critical situation at a client and asked Dean if he could provide a consultant with a very unique skill set to assist his team In Southern California? Oh, and they had to be there at 8:00 AM on Monday! Dean’s response was: “We Can Do That!” Much to the delight of the client, a highly qualified professional was engaged and two days later was on site ready to go.” 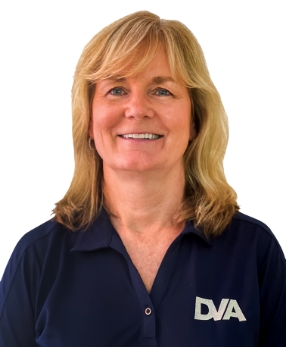 Owner
Received her Bachelor of Science degree in accounting from the University of Arizona. Nancy is Treasurer and acting CFO for DVA. After college, Nancy spent 3 years with Deloitte Haskins and Sells, a Big 8 Accounting firm. Nancy left public accounting to work for a client and has spent the last 36 years as Treasurer and Chief Financial Officer for Verde Investments, Inc. and numerous related entities. Nancy is a CPA licensed in the State of Arizona. Nancy is located in Scottsdale, Arizona, with her husband Ray and son Cody. 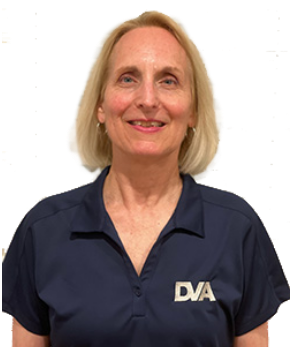 Owner
Received her Bachelor of Arts degree in International Relations from the University of California at Davis. Susan received her MBA from the American Graduate School of International Management (now Thunderbird School of Global Management at Arizona State University). Susan is Corporate Secretary for DVA. Susan has 40 years of Senior Leadership experience in Finance and Banking, including Manager, Cash & Banking at Levi Strauss & Co. and Treasury Management Consultant positions at Bank of America. Susan currently works for a community bank in Northern California. Susan is located in the San Francisco Bay Area with her husband, Chris; daughter, Katerina; and son, Gregory. 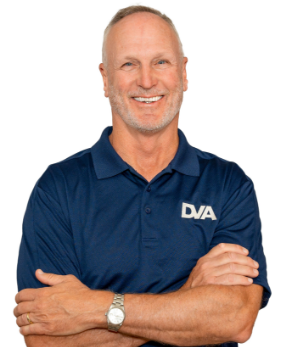 President “El Jefe”
Received his Bachelor of Science degree in Systems and Industrial Engineering from the University of Arizona in 1987. After College, Craig spent 4 years with Proctor and Gamble, a leading consumer products manufacturer and 24 years with Boston Scientific, a leading medical device manufacturer in various Senior and Mid Level Management and Leadership positions. With over 28 years of experience working with Fortune 500 companies, Craig has an intuitive understanding of the business world. With his wife, Wendy, Craig formed Vesling Consulting Inc. in 2015. As a husband and father of three children, Craig enjoys spending time with his family, coaching youth football, trekking and playing pickleball! 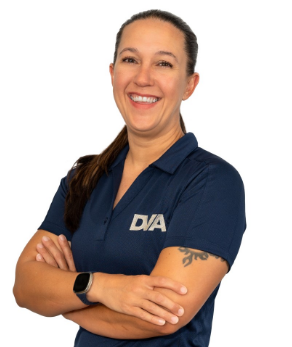 Vice President/GM
Much like a George Strait song, Marcia’s drive and determination is a fire that can’t be put out. Having worked in virtually every aspect of DVA, and now the Vice President and General Manager of DVA, Marcia is passionate about her apple pie (it’s the best) and has excellent customer service. Bringing her signature “Texas brand” of spirit and enthusiasm to DVA, her knowledge and get-er-done spirit make Marcia a force of positive energy wherever she is. Marcia lives with her husband Cubby on the tranquil Northwest side of Tucson. 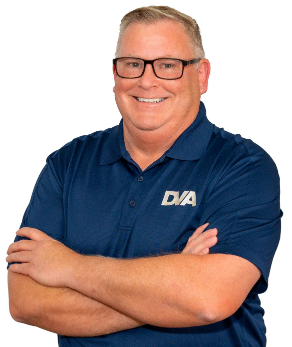 Director of Business Development & Marketing
Since 2010 Thomas has been an on-site talent supervisor, primary contact for some of our long-standing clients, and a proud brand ambassador for DVA. Thomas, as a student of languages, can explain his passion for business development in the four languages he is fluent in, and has been serving as the Director of Business Development and Marketing since 2021. Thomas lives in Tucson with his lovely wife Sheila, their dog Phoebe, and a huge pile of library books. 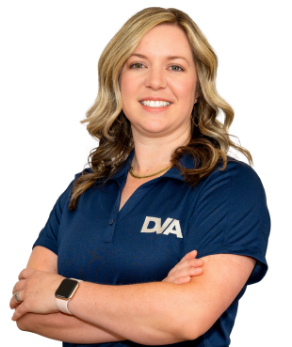 AP Manager & Managed Services Account Rep
For Cortnie, a new day means new opportunities, no matter what she is doing. Whether she is at home with her family, watching her three sons play football, compete in fast draw shooting competitions, or building relationships with our clients, vendors and employees around the world, Cortnie greets every day with a smile and tackles them with enthusiasm. After several years in the banking industry, Cortnie started at DVA in 2017 as a recruiter, and has moved into the role of Accounts Payable Manager. 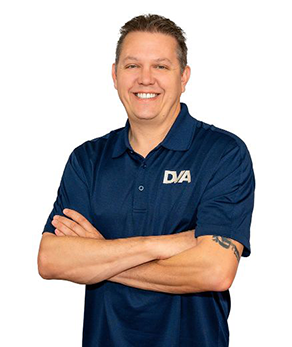 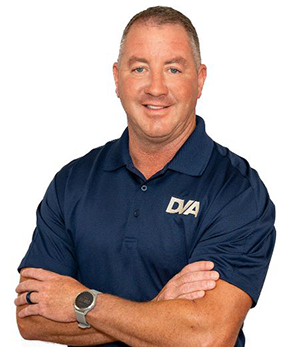 Onsite Supervisor: Southern Arizona
After retiring from a 12-year career in law enforcement, Jay started his career at DVA and is the Onsite Supervisor in Southern Arizona. Jay believes in helping people reach their full potential at work and in life. When he is not hyping others up, Jay is a fantastic BBQ dinner host and enjoys spending time with his family. A member of the USGA, Jay loves to golf and spend time outdoors. Jay believes that a successful team relies on every team member, and he is very passionate about positive interpersonal relationships for our employees, staff, and clients. 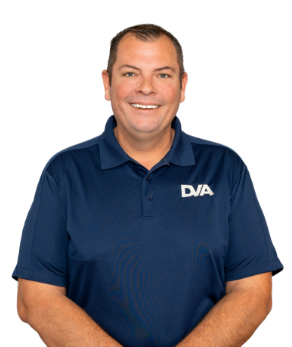 Lead Recruiter
With a history of helping others and getting things done, Ben has been with DVA since 2014. Having joined the United States Navy as a combat medic shortly after 9/11/2001, Ben was stationed at Naval Healthcare New England and the Naval War College in Rhode Island and aboard the USS Cape St. George out of Virginia. When Ben is not working alongside our talented staff and employees, he is working on being a better version of himself than the day before. During his 10 years in the mall management industry, Ben dealt with multi-million dollar budgets and all aspects of operation: maintenance, security, leading, construction, and capital projects. Ben is the proud father of Ethan and Isabella, husband to Meghan, and a pillar in his community, an honor he takes as seriously as he takes supporting the UofA Wildcats, Kansas City Chiefs and Royals. 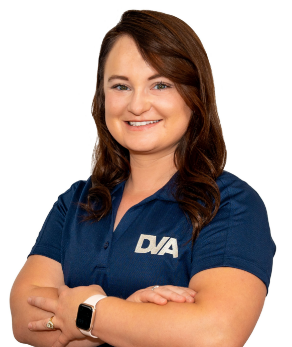 Administrative Assistant
The newest member of DVA, Brianna tracks purchases we do as part of our DVA Managed Services for our client companies, handles the new employee onboarding processes and procedures, fields employee questions, and assists in other administrative duties. When she is not enthusiastically wearing a stack of hats and accessorizing them all with her bubbly, happy personality, Brianna enjoys working out, cooking, and spending time with her family. 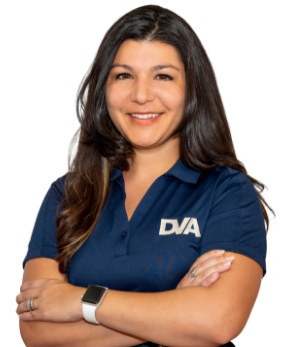 Business Administrator
Georganne started working at DVA in 2005, then moved a few years later to Florida with her husband to be closer to family. While Georganne was in Florida, she spent time as a property accountant and in real estate compliance and marketing. But just like a Mariah Carey song, DVA and Georganne belong together, and Georganne started working for DVA remotely in 2020. A student of Japanese but fluent in English, and enthusiasm, even from a distance, Georganne’s upbeat personality and passion for teamwork are evident in everything she does. A mother to two young boys, Georganne loves volunteering in her community with her family, traveling, and sports.
Required 'Candidate' login to applying this job. Click here to logout And try again